Here's what the Crosstown Shootout agreement between Xavier and Cincinnati says 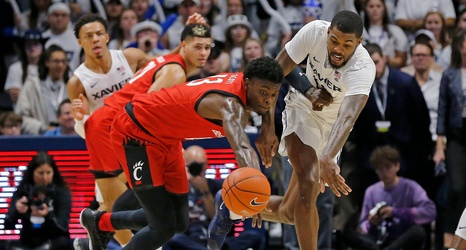 When news broke Wednesday that the University of Cincinnati and Xavier University had reached an agreement to play this season's Crosstown Shootout on Dec. 6 at Fifth Third Arena, Xavier coach Travis Steele referenced a "contract" between the schools as one of the reasons Xavier didn't want to alter the Shootout plan this season and beyond.

"... In (the) contract, it's supposed to be played at Fifth Third and that's where we're playing," Steele said.

So, is there an actual signed document?