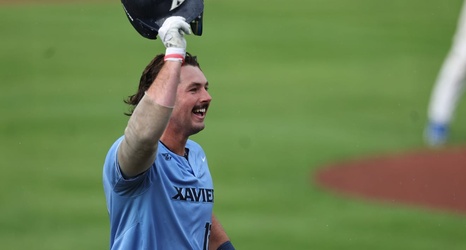 With its season on the line, Xavier's baseball team caught fire on Saturday, winning two elimination games to advance to the Big East Conference Tournament championship on Sunday at Prasco Park against UConn.

The Musketeers beat Georgetown 16-8 on Saturday morning, then rewrote the record books on Saturday night against Creighton.