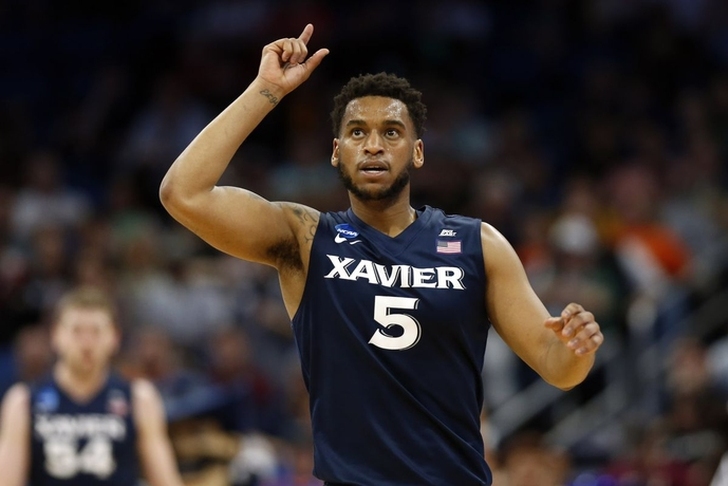 The Xavier Musketeers are the first double-digit seed to reach the Sweet 16 this season, using a dominant performance in all phases of the game to get the 91-66 blowout win over the Florida State Seminoles.

The Musketeers trailed for just over a minute early in the first half, then broke the game open with a 12-0 run that gave them a double-digit lead they would never give back. FSU managed to stay within roughly a 10 point deficit for a while, but Xavier exploded with another big run - this one 20-8 - to push the lead to 21. The rest of the game was simply a formality after that.

Those two monster jams were four of Tyrique Jones' 13 points, while Kaiser Gates added 14 points off the bench for Xavier.

Inconsistency has been a problem all season for Florida State, and that was the case again tonight. Dwayne Bacon led the 'Noles with 20 points, while Xavier Rathan-Mayes added 16 points and seven rebounds. Star forward Jonathan Isaac finished with just eight points and 11 rebounds in what may have been his final game for Florida State before declaring for the NBA Draft.

Xavier will now face the winner of (2) Arizona/(7) Saint Mary's in the Sweet 16 on Thursday in San Jose.

Follow our Xavier Musketeers news page for all the latest Xavier basketball news!