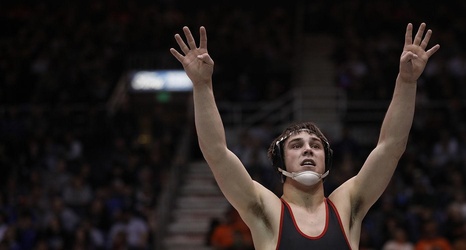 Kemmerer’s Donny Proffit and Hayden Walker will continue their wrestling careers on the same team.

The University of Wyoming announced in a press release Monday that the recent graduates had signed with the Cowboys. Also signing with UW were Jace Rhodes of Billings (Montana) West and Darrick Stacey of Shelley, Idaho.

Proffit was a four-time state champion for the Rangers. As a freshman he won the Class 2A title at 126 pounds while compiling a record of 41-6. He continued his success as a sophomore at 132 (43-3) and was a perfect 55-0 his junior season while winning the title at 138.