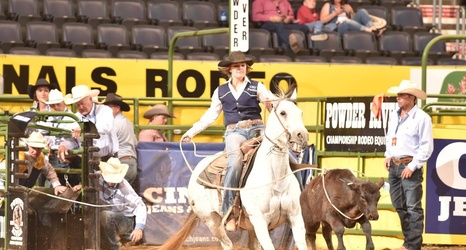 The Cowgirls entered the final rodeo of the 2018-19 Central Rocky Mountain Region season in first place, but both Eastern Wyoming College and Gillette College were within striking distance. So any slip-up by the Cowgirls could have been disastrous in their attempt to qualify for the College National Finals Rodeo.

The Cowgirls scored a season-best 585 points to increase the distance between themselves and runner-up Eastern Wyoming, which was second with 300 points. The win was the third in the final four rodeos of the spring for Wyoming.

At the final rodeo, Teisha Coffield finished second in goat tying and sixth in breakaway roping on her way to winning the all-around and breakaway titles for the season.