UW athletics uses another pep rally to reconnect with Casper 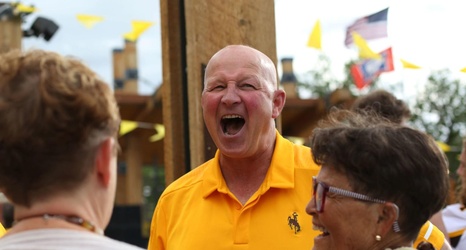 At a pep rally that’s becoming an annual event for Wyoming’s athletic department, the Cowboys’ football coach stood on the stage at David Street Station, looked out at the hundreds of Wyoming fans gathered in front of him and drew the loudest ovation of the night with one line.

“It’s 72 days until we whup the Missouri Tigers,” Bohl belted into his microphone, referring to Wyoming’s Aug.