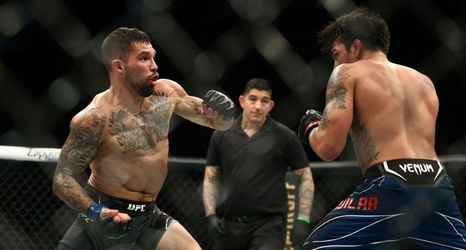 HOUSTON -- UFC 262 will usher in a new era in one of the promotion's premier divisions, as Charles Oliveira and Michael Chandler vie for the vacant lightweight title in the main event at the Toyota Center. Saturday night will mark the first time someone other than Khabib Nurmagomedov, who retired last October, will reign as the undisputed lightweight champ since April 2018.

Oliveira, 31, has been in the UFC since he was 20 years old, debuting in 2010. He had an inconsistent start to his UFC career, but since he moved up from featherweight in 2017, he is 9-1, including wins his last eight in a row.