“It’s a football game, but it’s more than that” 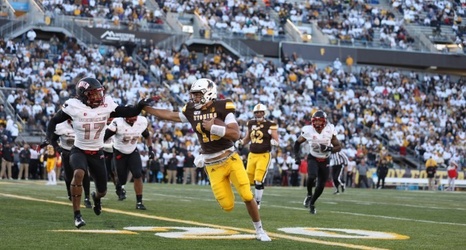 Two states, two teams, separated by 65.6 miles of highway. One rivalry spanning over a century. It is time for the latest iteration of the Border War.

It all began back in Nov. of 1899 when the University of Wyoming and Colorado Agricultural squared off for the first time. The rivalry did not start well for the Cowboys, only finding their first win 12 years later. But then, the teams had more to play for than just their pride.

In 1968, the Reserve Officers’ Training Corps (ROTC) detachments for both schools met and initiated the Bronze Boot.