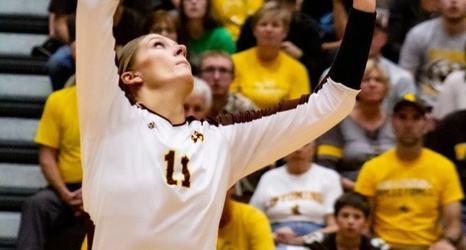 Attempting to lock down second place in the Mountain West Conference, the University of Wyoming Cowgirls squared off against the Nevada Wolfpack. The Cowgirls came into the night at 14-2 in the conference and 19-8 overall, putting them in second place behind Colorado State.

Coming off a player of the week accolade, Jackie McBride is playing well.

“We’re looking to establish good defense early and compete through every set,” McBride said Thursday before the match.

The Cowgirls opened the first set going behind 22-12. Wyoming then rallied back within four points, but the difference was too much to overcome and Nevada eventually took the set 25-19.