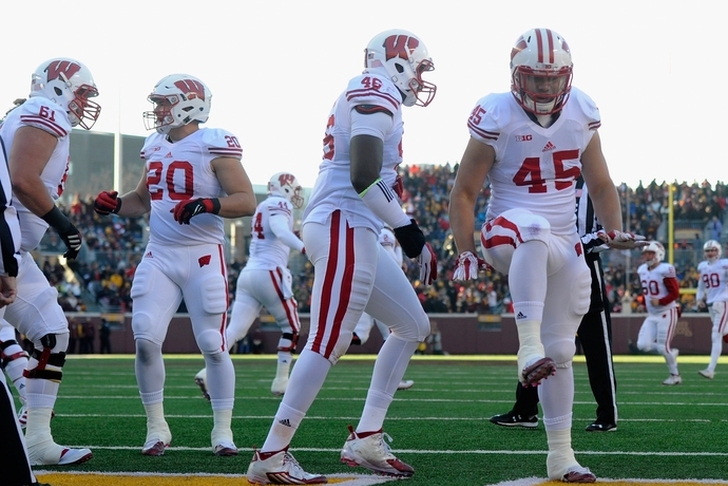 The Wisconsin Badgers closed the season with a 9-3 record, with the three losses coming against strong teams. The Badgers lost to Alabama, Iowa and Northwestern; three teams in the Top 15 of the College Football Playoff Rankings. Because of the Badgers' solid season and name recognition, they'll get a good bowl bid this season. Most projections have the Badgers playing in the Holiday Bowl against a Pac-12 team. With that in mind, here are Wisconsin's 3 Most Likely Bowl Opponents This Year:

The Holiday Bowl gets third pick of Pac-12 schools and it's unlikely they'd take the Trojans. Remember, bowls pick teams not by standings, but by their preference. USC could jump into the Holiday Bowl, but there are two more likely options.

The Ducks could end up in the Holiday Bowl if Stanford is upset by USC. That would push the Cardinal into the Alamo Bowl, which is Oregon's likely destination. If USC wins, the Holiday Bowl would likely scoop up Oregon. Stanford is favored to beat USC, so while a Wisconsin vs. Oregon matchup is serious possibility, it's not the likely outcome.

If there are no upsets in the Pac-12, expect Utah to face Wisconsin in the Holiday Bowl. It's not quite the "name" matchup that Wisconsin-Oregon is, but it's still a quality bowl game. Utah and Wisconsin are both very good teams, and should produce enough ticket sales and ratings to make it worthwhile.