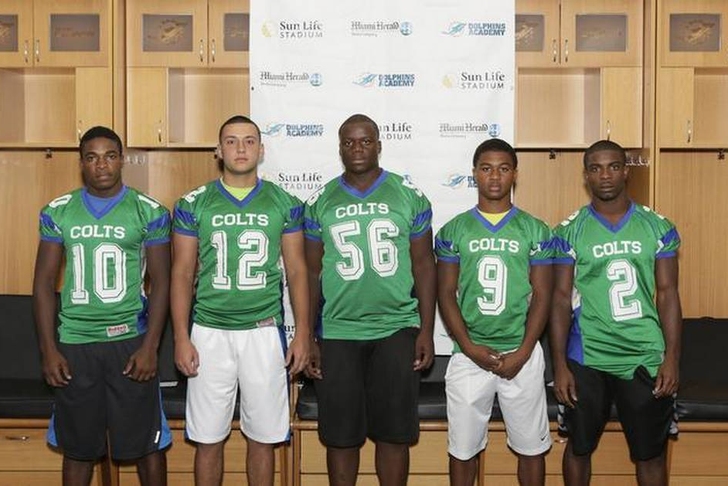 We're officially in the dog days of summer, which means recruiting season is heating up for Wisconsin Badgers head coach Paul Chryst and his coaching staff. With that being said, here's our Wisconsin Football Recruiting Roundup For July 8th.

Three-star 2016 Pompano Beach (FL) wide receiver Jahcour Pearson is currently committed to Northern Illinois, and while it's not quite flip season, the 2016 standout is already receiving feelers from Wisconsin's coaching staff in regards to a potential change of heart.

"I'm just talking with the coaches," Pearson told 247Sports recently. "The defensive line coach (Inoke Breckterfield) has been showing my film to the rest of the staff. He likes how I'm a playmaker, he likes what I do with the ball in my hands. He thinks Wisconsin could be a good fit."

Pearson reiterated that he's "100% committed" to Northern Illinois at this time, but the Badgers already appear to have an in as Pearson plays 7-on-7 with current Wisconsin commit Dallas Jeanty.

2016 Memphis (TN) cornerback Rodney Saulsberry Jr. has yet to receive a formal offer as of yet, but he's caught the eye of several schools, including Wisconsin, after an impressive showing at the Sound Mind Sound Body Camp in Detroit this past spring.

"After my performance there, they came up and talked to me," Saulsberry said of the Badgers. "They've been in contact with my coach now. They said they were interested in me."

Saulsberry is also receiving interest from Oregon, NC State, Louisville, Indiana and others at this time.