Wrestling: Catching up with Wisconsin as they begin conference play 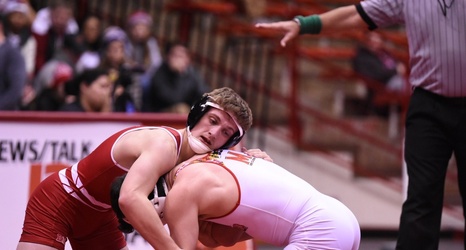 The wrestling team has dominated all season, standing at 6-0 before visiting Iowa City this week. They wrapped up November with their last non-conference dual for the month against their first ranked opponent, Utah Valley. The Badgers began their Big Ten schedule Sunday as they traveled to Iowa City to take on the first-ranked Iowa Hawkeyes.

The seventh-ranked Badgers knew they might be in for a tough night against the first-ranked Hawkeyes. The dual looked to be a very interesting one, with five ranked matchups scheduled.