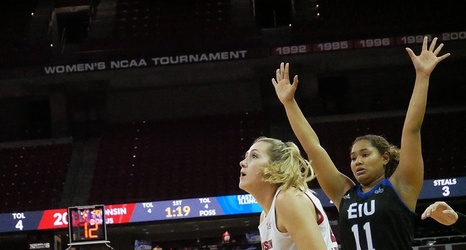 With the season coming to an end, the University of Wisconsin women’s basketball team (11-15, 3-12 Big Ten), has now dropped 10 of their last 12 games after dropping games to No. 19 Iowa and Purdue. This week doesn’t get easier as the Badgers host two ranked opponents, starting with No. 7 Maryland (22-4, 13-2) Wednesday.

Winners of 11 straight games, the Terrapins are playing their best basketball heading into March. Leading the Big Ten, Head Coach Brenda Frese’s team is a legitimate Final Four contender. The Terrapins are looking to make their first Final Four appearance since the 2014-15 season.