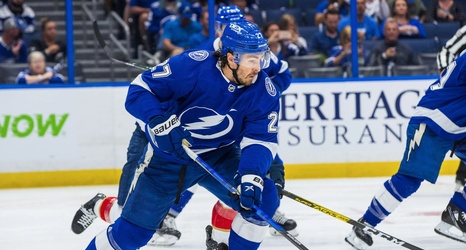 The NHL Playoffs have reached the conference finals and there are still two former Wisconsin Badgers skating for the Stanley Cup. Defending champion Ryan McDonagh and the Tampa Bay Lightning will do battle with the New York Islanders while Cole Caufield and the Cinderella Montreal Canadiens face off with the Vegas Golden Knights.