Wisconsin volleyball: on to the Sweet 16! 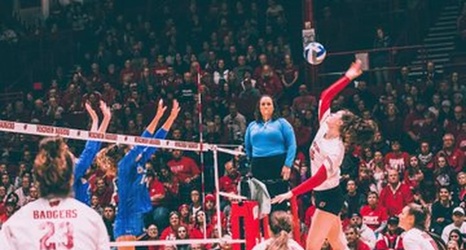 The No. 4 seeded Wisconsin Badgers beat the UCLA Bruins in straight sets, 25-18, 25-21, 25-14, on Saturday night at the Field House in Madison. With the win, the Badgers move on to the Sweet 16 of the NCAA Tournament and the Bruins can, well, go do whatever the hell they want I suppose.

The Badgers have now played six sets in the NCAA Tournament and won all six of those sets. Speaking of impressive feats, Molly Haggerty recorded her 1,000th kill during the first set of this match and then, in obvious fashion, she closed things out with the match winning kill.