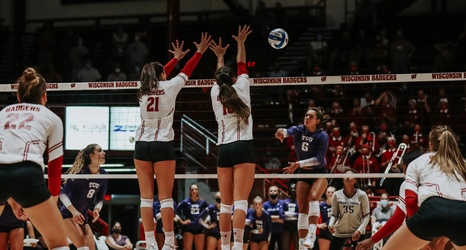 The first set — similar to their last match against Illinois earlier in the month — was tough going for Wisconsin. Despite some good early serving including three aces, Illini got their block going and had five blocks to put pressure on UW.