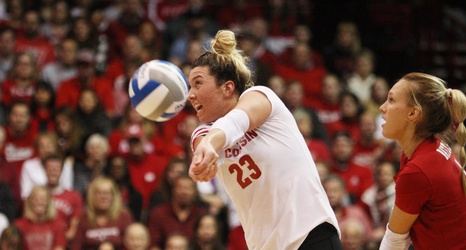 The Badgers came out firing in the first set and dominated Purdue early on. Senior Dana Rettke had nine kills in the first set to go along with four blocks. The three-time All-American finished the night with 14 kills and seven blocks while hitting .414 percent.