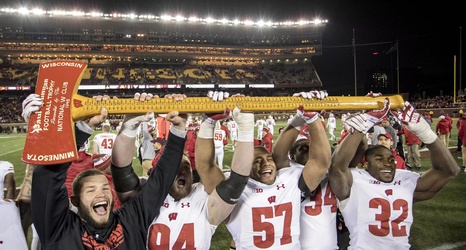 A 31-0 blowout win over Minnesota, along with a couple of losses by Alabama and Miami at the top, allowed the Wisconsin Badgers to move up in two major polls.

Wisconsin is now No. 3 in both the Amway Coaches and AP Top 25 poll that were released on Sunday.

UW actually received the second-most first-place votes in the coaches poll (21), only trailing No. 1 Clemson (25) in that category. No. 2 Oklahoma gained eight more points (1,462 to 1,454) overall to skim ahead of the Badgers.

Here is where the Big Ten teams stand in this particular ranking system: