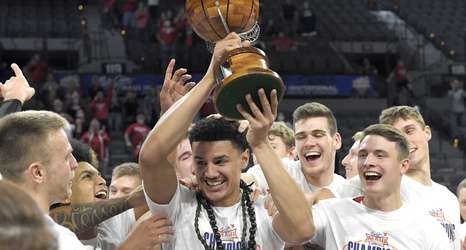 After a rousing run through the Maui Invitational field last week on their way to the championship, the Wisconsin Badgers men’s basketball team received their first AP ranking of the season. The Badgers (5-1 overall, 0-0 Big Ten) entered the poll at No. 23 on Monday after having entered Joe Lunardi’s Bracketology field at the beginning of the weekend.

The Big Ten has three other teams ranked in the AP Poll this week: No. 2 Purdue, No. 22 Michigan State and No. 24 Michigan.