Wisconsin men’s basketball: three things we learned from the second round loss to Iowa State 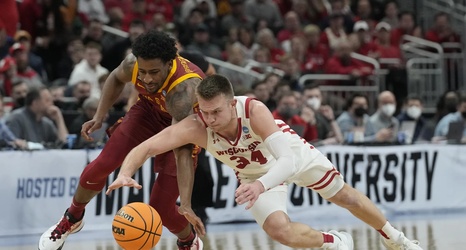 Despite playing what was basically a home game, the 3-seed Wisconsin Badgers lost to the 11-seed Iowa State Cyclones on Sunday night at Fiserv Forum in Milwaukee by a score of 54-49. If you didn’t watch the game, it was just as bad as the final score would suggest. Let’s get right to the three main takeaways from this game, although there could probably be three additional ones I could add.

The Badgers are not a good three point shooting team. Presumably someone on the coaching staff had run the numbers before this game and knew that.