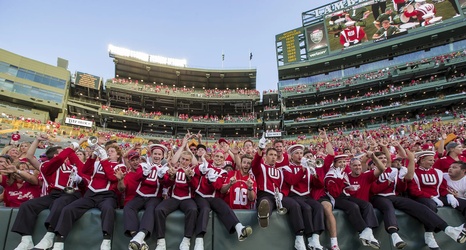 After the 2020 matchup was postponed due to COVID19, the Wisconsin Badgers and Notre Dame Fighting Irish have announced that they’ll play at Lambeau Field on September 5, 2026.

The two Midwestern powers will play for the seventeenth time this year on October 16th at Soldier Field. The series started in 1900 when former Badger Pat “The Kangaroo Kicker” O’Dea coached the Fighting Irish as his first job out of college. He scheduled a return to his alma matter to get absolutely wrecked, 58-0.