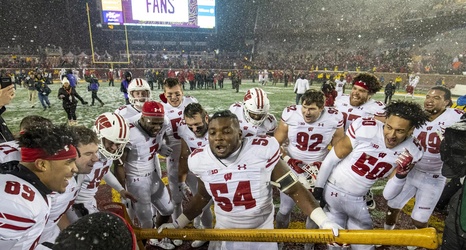 The Wisconsin Badgers will be one of a select few teams in action this weekend as they take on the Ohio State Buckeyes for the Big Ten Title in Indianapolis. The Badgers will be making their sixth appearance in the championship game, this time taking on the No. 1 team in the country, THEE Ohio State Buckeyes. Here’s what Coach Chryst and the players had to say about this week’s game.

Coach Chryst opened the presser expressing his thankfulness to get an opportunity to play another game against a quality opponent. After that, Chryst talked about Jack Coan’s improvement over the course of the season.