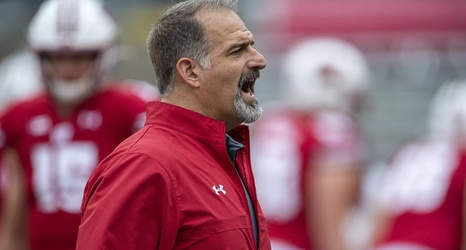 On Monday afternoon, Wisconsin Badgers defensive coordinator Jim Leonhard and offensive coordinator Joe Rudolph were made available to us, the unwashed media, via Zoom. The two coordinators touched on almost all of the position groups and both seem happy to be back to some semblance of normalcy after an extremely abnormal offseason.

Here are a few highlights from their media availability:

Rudolph opened with some discussion of the offensive line. He spoke about returning senior guard Jon Dietzen, who was named starter in Sunday’s depth chart release: