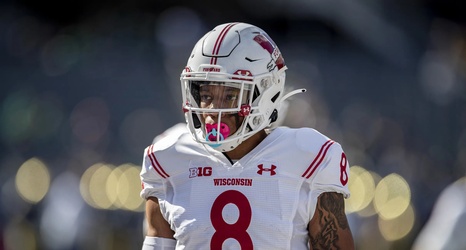 Well, I guess this answers a lot of our questions about Jalen Berger. On Sunday afternoon, the UW Athletics Department sent out a press release that said Berger had been dismissed from the team.

Here it is in full:

Berger, a native of Newark, N.J., appeared in seven career games for the Badgers, carrying the ball 84 times for 389 yards and scoring three touchdowns.