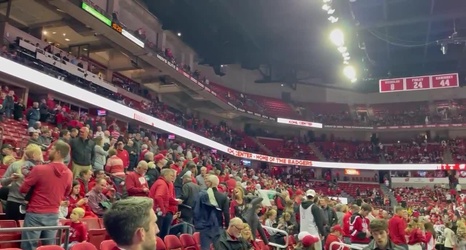 University of Wisconsin men's basketball fans were asked to stay inside the Kohl Center as a precaution Tuesday night.

According to a Madison Police Department Sergeant, the suspect from a shooting just off Capitol Square on Tuesday was spotted near the arena. Officials issued a shelter-in-place warning for the 14,435 fans in attendance until police could search the area.

"Toward the end of (Tuesday's) Badger men's basketball game, City of Madison Police, out of an abundance of caution, asked UW Athletics officials to request that fans remain inside the Kohl Center as police dealt with a situation outside," UW athletics said in a release.