Volleyball: Badgers set to bounce back from HotelRED 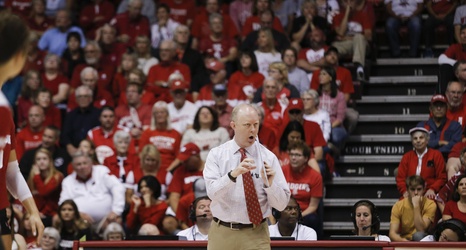 The No. 9 Wisconsin Badgers volleyball team (2-2) isn’t used to losing streaks. In their 2018 campaign, the Badgers strung together consecutive losses only once and followed up those losses with nine consecutive victories. Those victories carried them all the way to their heartbreaking loss in the NCAA regional final against Illinois.

The Badgers hope to start a similar streak Friday night against the South Carolina Gamecocks (4-3).

South Carolina has rattled off a few wins following a losing streak of their own against Kansas, Albany and Charlotte. The Gamecocks also made an appearance in the NCAA Tournament last year and return all their usual starters from a year ago.