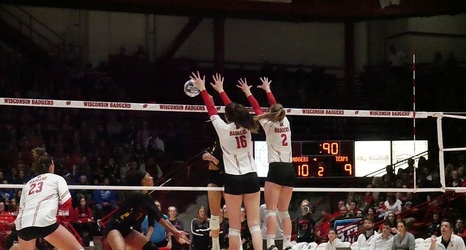 The Wisconsin volleyball team (22-6, 18-2 Big Ten) split their final weekend series of the regular season with a loss to Penn State and a win over Rutgers.

However, their resume proved to be enough as the NCAA Tournament selection committee chose the Badgers as the final regional host over bidding programs Nebraska and Pittsburgh.

The No. 4 Badgers swept Nebraska in both of their meetings this season. The Cornhuskers were given the No. 5 seed, which means they will be in the same region as University of Wisconsin and could meet with a Final Four bid on the line.