Sometimes sports can be more than just a game 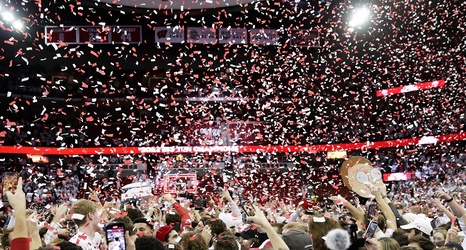 I had no clue what was ahead when the buzzer hit zero and a team I covered suddenly had won the whole damn thing.

The year was 2020, and suddenly the Wisconsin Badgers — who were 5-5 after the first semester and had a rough January where Kobe King transferred out of the program — rattled off an eight-game win streak to somehow become Big Ten champions in 2019-20. The team seemed to have a huge dollop of momentum as the tournament approached, and little Bremen — a senior in college — began wondering where he might go for an NCAA Tournament appearance for spring break.