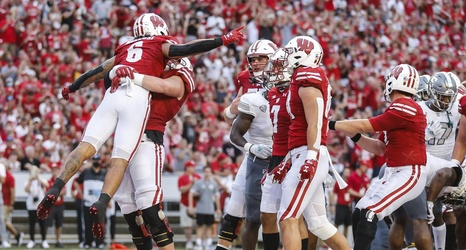 Following a season opener where Wisconsin was unable to get out of its own way, as the Badgers stalled in the red zone early and often, Wisconsin opened its match up with the Eagles doing, uh, the same thing.

Following a 60-yard rush by Chez Mellusi on the second play of the game, Wisconsin had a first-and-goal from the Eastern Michigan 7-yard-line.