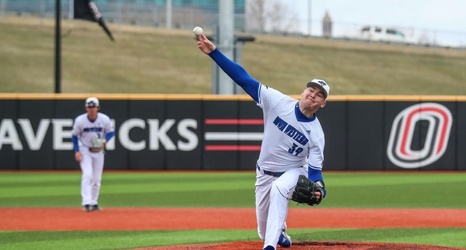 Dan Wright easily could have put Madison in his rear-view mirror when he decided last July to leave the University of Wisconsin football program after one season.

Instead, he did the opposite: Wright said he’d be back.

The statement was more wishful thinking than anything and some of the buddies on the receiving end of it probably figured he was joking when Wright told them he’d return to play baseball the following summer. But here Wright is, a man of his word, pitching for the Madison Mallards of the Northwoods League.

“It’s kind of crazy how it all came together,” Wright said, “but I’m happy it did.