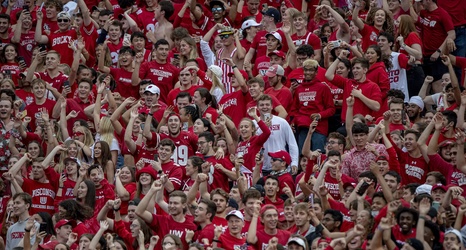 Here we are once again for another edition of Wisconsin Badgers football! The No. 18 Badgers (0-1 overall, 0-1 Big Ten) have been licking their wounds all week after falling to Penn State in the opening game of the season. A game against the Eastern Michigan Eagles (1-0 overall, 0-0 MAC) might be just what the doctor ordered.

Eastern Michigan coach Chris Creighton had some high praise for Wisconsin at his news conference today ahead of the teams playing Saturday. pic.twitter.com/ivA0HYL4Dn

Hmmm, is EMU head coach Chris Creighton angling for a job in Madison?