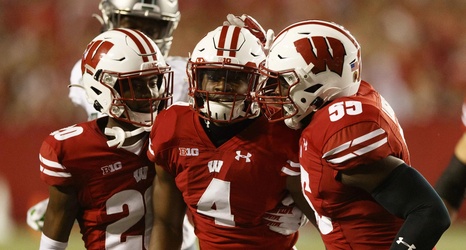 “To be honest, I can’t really give an answer right now (regarding his absence from the season opener,” said Berger. “Just waited for my number to be called, it’s in the past now and I am ready to move forward.”

“I think I played decent, I didn’t play as great as I wanted to play,” Berger said. “Just missing some reads, getting tackled one-on-one, I gotta do better.”

“It takes a lot of pressure off each of us,” Berger said.