FULL RECAP: No. 18 Wisconsin finds its legs offensively in bounce back victory over Eastern Michigan 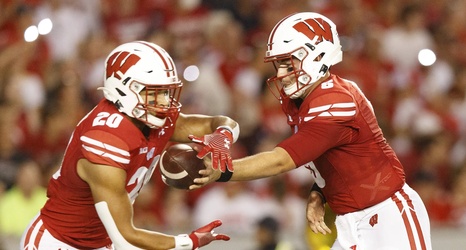 MADISON — Following a season opener where the No. 18 Wisconsin Badgers (1-1 overall, 0-1 Big Ten) could not get out of its own way, UW welcomed Eastern Michigan (1-1 overall, 0-0 MAC) to Camp Randall Stadium on Saturday looking to bounce back from a season opening loss for the first time since 2015.

Wisconsin started off the game in a similar fashion to their season opener, failing to finish an opening drive that was setup by a 60-yard run by Chez Mellusi on the second play of the game.

Mellusi was tripped behind the line of scrimmage following a hand off and then was kept out of the end zone on three consecutive plays, with Wisconsin turning the ball over on downs.