Badgers in the NHL: Dylan Holloway selected No. 14 by the Edmonton Oilers 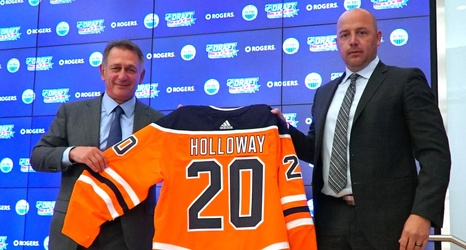 One of only two NHL Draft eligible players in the NCAA from last season, Wisconsin Badgers sophomore center/left wing Dylan Holloway was selected with the No. 14 pick by the Edmonton Oilers on Tuesday night.

The native of Bragg Creek, Alberta will be returning to his home province once his professional days start which has to make his parents happy, although they were apparently Calgary Flames fans until last night. “Growing up, I definitely cheered for the Flames, but not anymore. My family are no longer Flames fans,” Holloway said when he met with the Edmonton media via Zoom.