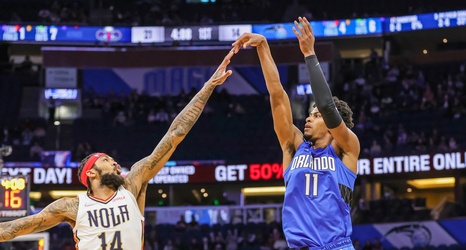 Former Wisconsin Badgers forward Aleem Ford was added to the Orlando Magic’s Summer League roster on Wednesday. Ford played in five games with the Magic during the 2021-22 season, following a call-up from the G League, to help the team deal with the loss of players due to COVID-19.

Ford played 14.8 minutes per contest in his NBA call up, averaging 2.8 points and 3.0 rebounds, while shooting 30 percent from the field.

As a member of the Lakeland Magic in the NBA G League, Ford played in 31 games, while averaging 12.