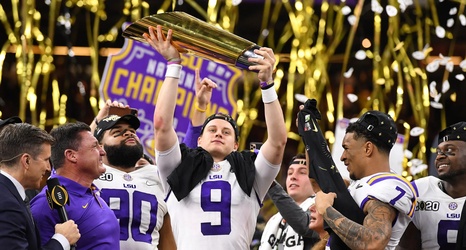 While discussing the new College Football Playoff expansion in our B5Q Slack channel on Thursday, people were firing off takes left and right so we decided to turn it into a post! You’re welcome.

Here, for your easy reference, is how the proposed new playoff would work:

The four highest-ranked conference champions would be seeded one through four and each would receive a first-round bye, while teams seeded five through 12 would play each other in the first round on the home field of the higher-ranked team. (The team ranked #5 would host #12; team #6 would meet team #11; team #7 would play team #10; and team #8 would meet #9.