After slow start to season, Steven Crowl beginning to find his footing for the Badgers 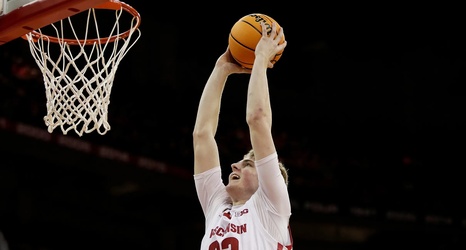 After the departure of guard Johnny Davis to the NBA Draft, the Wisconsin Badgers have needed more of a balanced approach offensively and defensively, relying on several players rather than the likes of one to contribute.

Forward Steven Crowl, who was one of three returning starters a season ago, was a player whose responsibilities would increase, not only as a leader, but on the court to provide more consistency on both sides of the floor, especially with the lack of depth at the forward position this season.