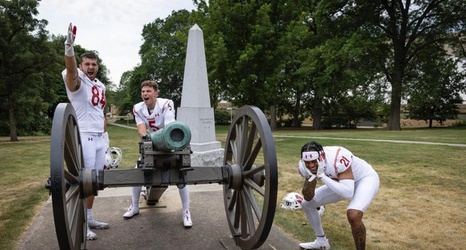 National signing day takes place on Wednesday and the Wisconsin Badgers are looking to finalize the last pieces of their 2022 class. The class currently contains 14 players, and Wisconsin just locked up number 15 in wideout Chris Brooks Jr.

Brooks Jr is a 3-star wideout from St. Louis where he attended St. Louis University High School. Brooks Jr was recruited by mostly FCS and MAC schools. He held offers from Ball State, Miami (OH), Buffalo, Columbia, Brown, and Yale among others. In July, Brooks announced his commitment to Yale and it appeared his recruitment was wrapped up.