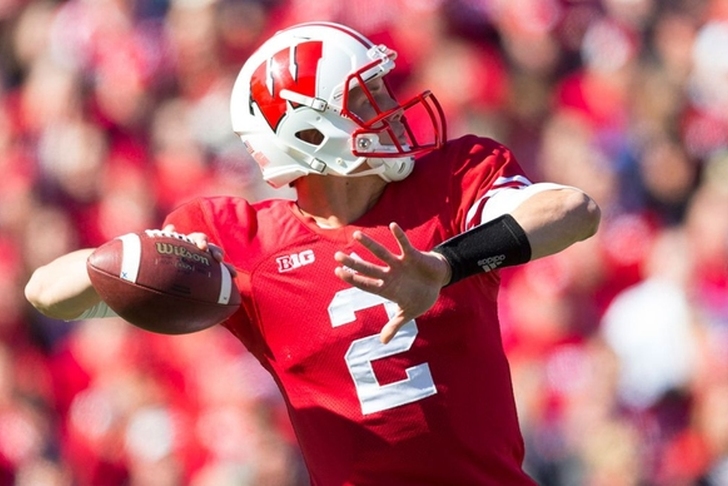 The Wisconsin Badgers have won ugly all year long. They did that and then some in a 23-21 victory over the #25 USC Trojans.

After having his face stepped on accidentally threw his facemask in the middle of the 4th quarter, Wisconsin (10-3) quarterback Joel Stave etched himself in Badgers lore by having the blood wiped from his nose before leading Wisconsin on the eventual game-winning drive -- a 42-yard, three-minute gem which ended with a 29-yard chip shot by kicker Rafeal Gaglianone.

USC (8-6)  would have a chance to fire back with two-and-a-half minutes left, but a Cody Kessler pass was intercepted by Sojourn Shelton at the Wisconsin 39 with under two minutes to go. Kessler would get the ball one more time with no timeouts and 39 seconds left, but the drive would stall at midfield to seal the game for the Badgers.

Wednesday's win would not come without its share of troubles for Wisconsin. RB Corey Clement, who was on many experts' Heisman Trophy shortlist heading into the season, had to leave the game early due to injury. He played in just four games this season due to recovery from a sports hernia and a hand injury suffered in a fight.

Then there was the Joel Stave bloody nose -- a perfect symbol for the senior quarterback who battled his way through adversity for all of his career to finish as one of the best and most prolific quarterbacks in program history. He finished 18-of-27 on the night for 211 yards and one touchdown, captaining a balanced Badgers attack which matched USC's big-play offense blow for blow.

Harrassed by Wisconsin's top scoring defense all night long, Cody Kessler finished just 18-of-32 for 211 yards with a score and an interception in his final game for the Trojans.

Wisconsin has won back-to-back bowl games for the first time in nearly a decade and completes its second double-digit season in a row. Losing the first Badgers/Trojans matchup in nearly five decades, Pac-12 South champion USC finished 5-4 under new head coach Clay Helton in the wake of the Steve Sarkisian firing.