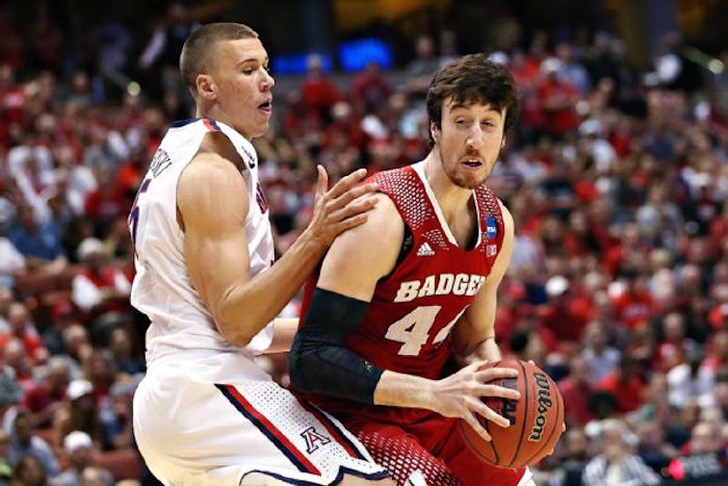 Kaminsky  loves to stretch the defense by shooting effectively from the outside (40 percent from three-point range), but he also has top notch footwork that makes him a threat in the post as well. Kaminsky puts pressure on the defense from every angle, and he’s someone the opposition has to always account for. However, Arizona has as much size as anyone in the country, something Kaminsky has struggled against. If the Wildcats can limit his effectiveness, they'll win this game.

Johnson is an elite defensive player, using his supreme strength (6’7″, 245 lbs.) and quickness to consistently locks down the opposition’s best player and come up with steals (1.5 per game) that often lead to points on the other end. He's one of the few players who have the size and athleticism to guard Dekker, who scored a career-high 23 points in Wisconsin's Sweet 16 victory over UNC. Whoever gets the better of this matchup will give their team a major advantage.

These two teams prefer to play a slower, half-court style, meaning this game will be a slugfest. Both teams are very capable of winning this game, but Wisconsin has more offensive firepower, and I think that will prove to be the difference.