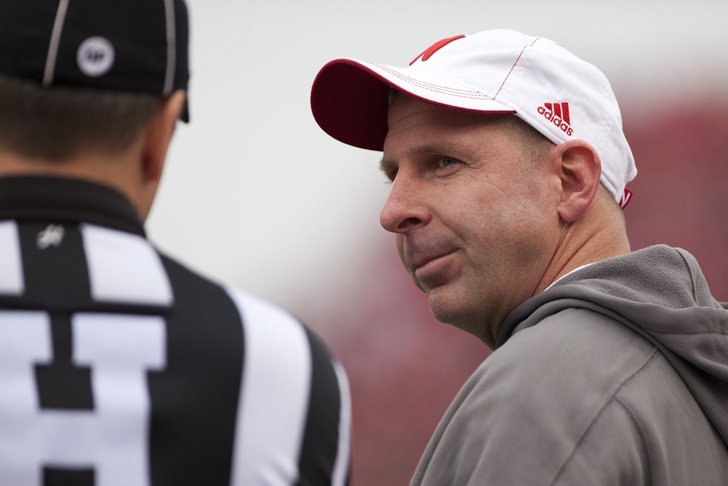 According to Clint Brewster of 247 Sports, former Nebraska HC Bo Pelini is "in the mix" to take over at Wisconsin after Gary Andersen's surprising departure:

I've confirmed that Bo Pelini is indeed in the mix to take over at #Wisconsin. http://t.co/0UNQ0myIen via @247Sports

Pelini was fired by Nebraska, who quickly replaced him with Oregon State's Mike Riley...and as Badgers fans are well aware, Gary Andersen shocked the college football world by leaving Wisconsin to fill Riley's old position. Pelini coming to Wisconsin would complete the circle, and there's already one high-profile advocate for Pelini taking the job:

Stay tuned to our Wisconsin news & rumors page for all the latest on the Badgers' coaching search.