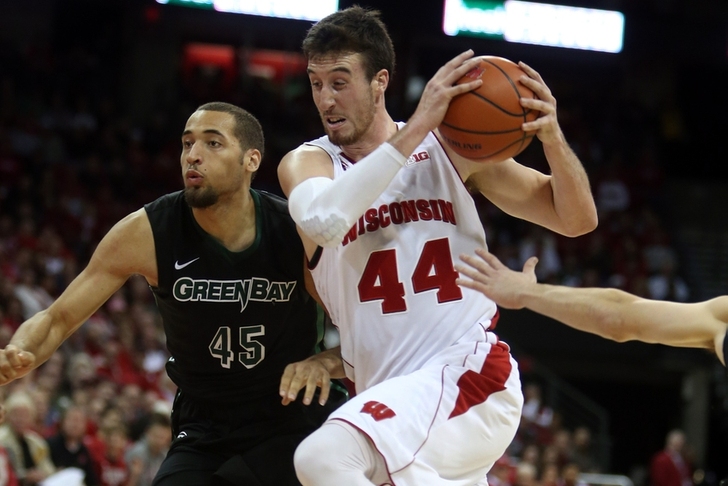 Early season basketball games for most of the top-ranked schools in the country are easy  wins, and that was the case for Wisconsin Wednesday night against UW-Green Bay.

However, that didn't mean Green Bay was scared of the Badgers. 6'0" point guard Keifer Sykes drove right at Wisconsin's sever-footer and All-American Frank Kaminsky - and almost pulled off the dunk of the year.

After the victory, Kaminsky took to Twitter to praise Sykes and thanked him for not embarrassing him.

Thank God that @keifer1124 missed that dunk. Would have ruined my confidence as a basketball player.