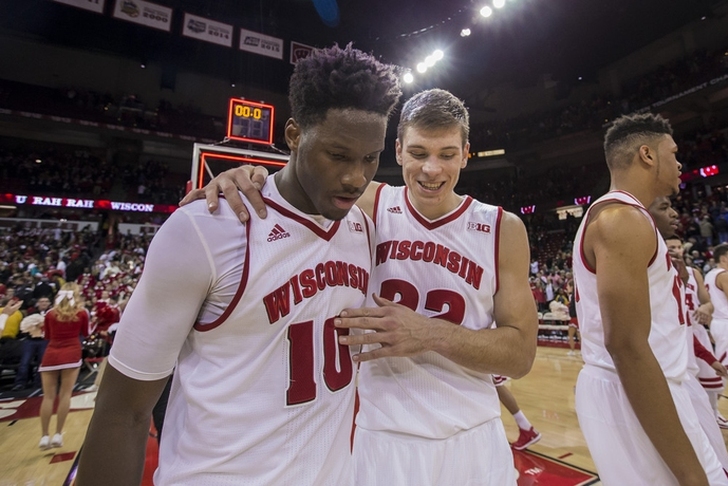 The Xavier Musketeers entered halftime with a 33-30 lead, but did not come out on top. The No. 2 seeded Musketeers lost to the No. 7 seeded Wisconsin Badgers 66-63 Sunday on a buzzer beater. Xavier was 26-0 this season when leading at halftime.

Wisconsin tied the game with just 12 seconds left, and an offensive foul prevented XU from getting a shot on its last possession. Then, Bronson Koenig hit this stunning shot to win the game.

The Badgers leaned heavily on three players. Ethan Happ had 18 points and seven rebounds. Koenig had 20, including the game-winner, while Vitto Brown had 12. Nigel Hayes struggled, putting up just six points. He was 2 of 10 from the field and 0 of 5 from 3-point range.

The Badgers are back in the Sweet 16 with the win. They'll face Notre Dame, which snuck by Stephen F. Austin on a last-second shot earlier Sunday.