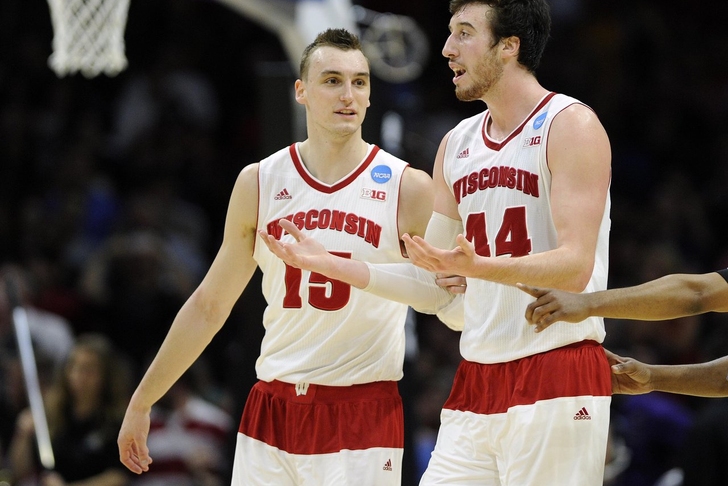 The Wisconsin Badgers will face the Kentucky Wildcats in the Final Four for the second straight year, and head coach Bo Ryan's squad is hoping to get revenge and end Kentucky's perfect season. Even though they will be underdogs, here are three reasons why Wisconsin could knock off the Wildcats and then win a national championship:

Wisconsin returns essentially the exact same team from last year's Final Four run, and the loss to Kentucky last year still bothers everyone on their roster. That motivation - and the experience of nearly beating the Wildcats last year - gives the Badgers a good chance to win.

Kentucky has struggled against teams that can shoot well from the outside, as shown by their near loss to Notre Dame in the Elite 8, and that's an area of strength for Wisconsin. They run their sets to perfection and take advantage of mismatches to get the best shot possible. Those smarts have led them to 48 percent shooting from the field as a team, good for 25th in the country.

Kaminsky loves to stretch the defense by shooting effectively from the outside (41 percent from three-point range), but he also has top notch footwork that makes him a threat in the post as well. Kaminsky puts pressure on the defense from every angle and will challenge Kentucky's big men.

Dekker also poses a big threat to opposing defenses because of his size, skill, and athleticism. At 6'9", he runs and handles the ball like a point guard and has range that extends well past the three-point line. Kentucky will probably try to guard him with Willie Cauley-Stein, and Dekker has all the skills necessary to give him problems.