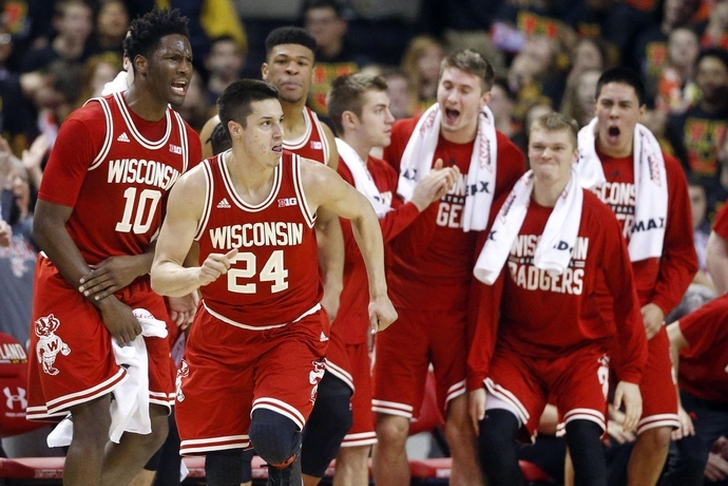 The Wisconsin Badgers are far from the powerhouse that made it to the NCAA Championship Game last year, but they’re still a very talented group. They rebounded from a tumultuous 9-9 start to the season and a mid-season retirement from head coach Bo Ryan to go on an incredible hot streak, losing just three games since Jan. 12. Here's everything you need to know about the Badgers:

Hayes is one of the two starters (Koenig) leftover from last year’s team, and he has stepped up in a big way to become Wisconsin’s leader both on and off the court. Along with being their best and most versatile defender, Hayes is also Wisconsin’s only real threat to create his own offense.

Ryan turned Wisconsin into one of the best defensive teams in the country, and that has continued under head coach Greg Gard (who just had the interim tag removed). A longtime assistant under Ryan, Gard has kept their stingy team defensive system intact. The Badgers give up just 64.4 points per game (23rd in the country) while holding opponents to just 42.8 percent shooting.

Wisconsin plays at a slow, methodical pace almost out of necessity because they don't have much athleticism on the court. Hayes is this team’s only NBA prospect and the Badgers don't have anyone else that's above an average athlete. Their execution will give them a chance to beat most teams they play, but they've had problems when they face an athletic team that takes care of the ball.

Outlook:
The Badgers have the potential to be a Sweet 16 team depending on the matchups they get, but that’s their ceiling. However, their superior execution and recent winning streak makes them a virtual lock to win their first round game. Expect them to be out in the Round of 32.