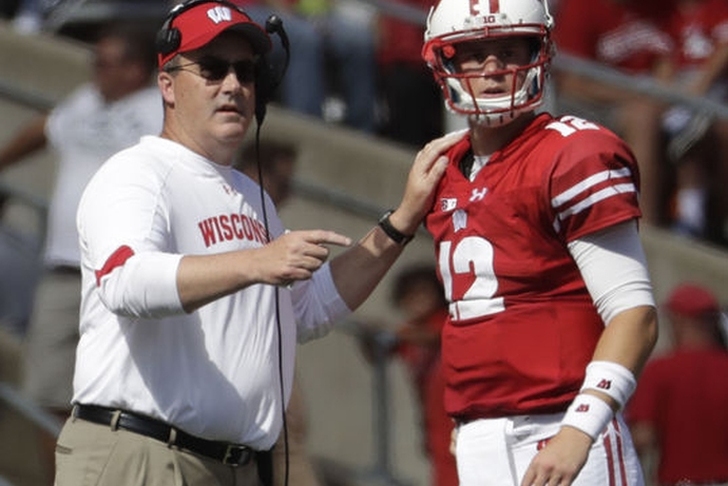 The only top-11 matchup of the week turned out to be a rather one-sided affair, as the #11 Wisconsin Badgers and absolutely blew out the #8 Michigan State Spartans, winning 30-6.

After an early Michigan State field goal, Wisconsin reeled off two long touchdown drives that resulted in one-yard touchdowns as they built a 13-3 lead, but the Spartans would add another field goal before the half.

Then, with Michigan State trying to come back, running back L.J. Scott fumbled and Badgers linebacker Leo Musso picked up the fumble and ran it back 66 yards for the score.

That play turned the game around and but the Badgers firmly in control. They kicked a field goal on their next drive, after which the wheels really started to fall of Michigan State's wagon. Their punter muffed the snap and recovered the fumble, but set Wisconsin up at the five yard line. Corey Clement took advantage as he put the game away for Wisconsin:

Clement finished the game with 23 carries for 54 yards and two scores, while quarterback Alex Hornibrook passed for 195 yards, one touchdown and one interception in his first career start.

Next week, Wisconsin hits the road to take on undefeated Michigan. The Spartans will look to get back on track on the road against Indiana.