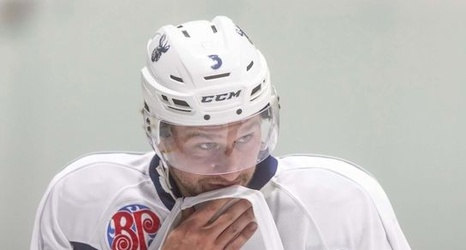 Tucker Poolman is planning to seize the moment.

The 26-year-old defenceman is heading into training camp with the opportunity to fill one of two gaping holes on the Winnipeg Jets' blue line after Tyler Myers and Ben Chiarot found significantly greener pastures elsewhere in NHL free agency last month.

The native of East Grand Forks, Minn., who split last season between the Manitoba Moose and the American Hockey League club's injured list, would like to swap his Moose jersey for one bearing the Jets' logo for good. He played 24 games for the Jets in the 2017-18 campaign.