Jets defenceman found the net Sunday, but the point was disallowed 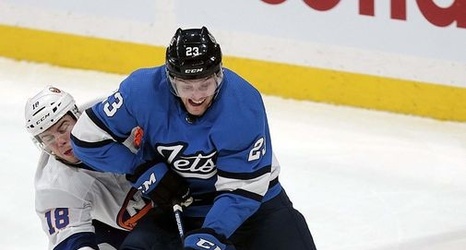 Carl Dahlstrom does not profess to be a goal scorer, and when pressed on the subject Monday afternoon, the thoughtful 24-year-old Swede said he couldn’t remember a single detail of his lone tally during a 22-game stint with the AHL’s Rockford IceHogs in 2018-19.

His first NHL goal — he’s scoreless after 56 regular-season games spread out over three seasons — is still a dream. The NHL situation room snatched away what could have been the defenceman’s decisive tally in Winnipeg’s 1-0 shootout triumph over the Edmonton Oilers on Sunday night.

Dahlstrom’s marker, coming after a third-period feed from Patrik Laine, was disallowed after Mark Scheifele was ruled offside on the play.