Contract talks 'out of your control,' but Jets' Connor not worried 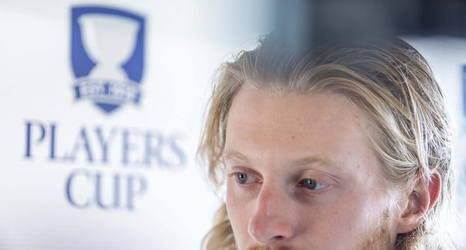 Winnipeg Jets forward Kyle Connor talks to the media ahead of the Players Cup golf tournament he will be playing in at Southwood Golf and Country Club.

All is quiet on the Kyle Connor contract front. But the high-scoring Winnipeg Jets winger insists he's not worried about what that means for his status going forward.

Connor, 22, met the media Wednesday at Southwood Golf & Country Club ahead of competing in the Player's Cup golf tournament, which gets underway Thursday. He is a sponsor's exemption in the 156-player field, in which the top touring professionals on the Mackenzie Tour-PGA Tour Canada will compete for $200,000 in total prize money.