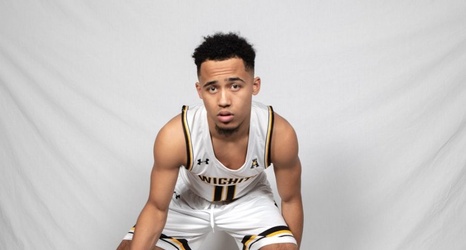 Now former Wichita State walk-on Eli Farrakhan was surprised with a basketball scholarship on Monday while the team was watching film.

According to a Twitter video posted by the team’s account, Head Coach Gregg Marshall called the junior college transfer to the front of the room and allowed him to read his “numbers.” Eli announced himself that he was officially on scholarship. He was then mobbed excitedly by his teammates.

Farrakhan has stepped up multiple times this year by playing in the first half after the main guards got into foul trouble or we’re dealing with injuries.